Identity is a prevalent and important theme interwoven around Persepolis, as the prominent juggling of identity faced by the central character, Marji, results in her lifestyle, motives and ideals constantly meandering through the unsettled revolutionary waters of late 20th century Iran. Based on Marjane Satrapi’s autobiographical graphic novel, the film combines overarching realism, titbits of humour and elements of struggle in a war-stricken Iran, along with encapsulating comic book-style animation, to create an often harrowing but always compelling tale of growing up through suppression and oppression.

Set both pre and post-revolution — from the late 70s to the early 90s — Persepolis focuses on the childhood and primitive adult years of co-director Marjane Satrapi, whose middle-class family is part of the struggle for peace and equality in Iran. From an early age, Marji is predisposed to influence from her parents in regards to the political events in her country. She soon finds herself staunchly marching around the house and loudly proclaiming, “Down with the Shah!” If that is not enough, she writes a good-will list of rules to be adhered to in the future. Marji dreams of being a prophet and is often seen conversing with God or her absent grandmother, who acts as a beacon of right throughout the film. It is evident that as a child Marji is full of enthusiasm, but has yet to grasp the severity of goings-on in Iran — only loosely following her parents’ and grandmother’s ideals.

The release of Marji’s uncle, Anoush, from political imprisonment sees him return home, in turn generating the first real spark of political inspiration in Marji. Anoush showers Marji with incredible tales of his struggle against the regime. It is here that the first true sense of identity arrives in the young girl; shortly after, she and her friends are seen chasing the son of a “communist-killing” officer down the street with nails. The comic book style of the film comes into significant effect for the first time here as Marji and her friends break into sinister-looking grins whilst they purposefully hound their target. The obvious humour evoked by way of the comical artwork in the scene juxtaposes the menacing group of young, easily-influenced children who reflect a dangerously manipulated society in general. It is clear that Marji is a long way from complete identification, as her proposed method of retaliation against the boy — or the authoritarian government — is violence, rather than her family’s peace-driven ideals.

As Marji grows into her teens and older, her self-identification becomes stronger. She becomes more outspoken and confident. She dabbles in punk-rock and wears clothing perceived to be unsuitable for a female. She attends ‘black-markets’, where vendors are selling everything from Stevie Wonder cassettes to playing cards to nail polish. The secrecy around selling these normally highly common, everyday items highlights the overly-harsh and suppressed lives Marji and other residents of Iran are facing. Woman are essentially forced to cover entire bodies in garments out in public. There is no freedom of expression — a trait which Marji is becoming increasingly aware of and willing to utilise. As Persepolis progresses and Marji enters her 20s, the situation in Iran becomes tighter and increasingly restricted — the struggle to maintaining an identity proves to be more and more difficult to overcome and uphold for Marji. During some time spent in Austria, of which she is not fond of, Marji is asked where she is from. “France,” is her timid reply.

The film flies along at a rapid pace, as around 15 years of Marji’s life plays out on screen. Even with this quick flow to it, Persepolis remains compelling and insightful, and never becomes difficult to follow or understand. The film does run into a problem, however, when it unavoidably leaps over large sections of time. There is one scene involving Marji, God and Karl Marx where this rushed feel to proceedings is clearly evident, as the scene is in need of more time to develop in order to enable Marji’s dire situation to play out in its entirety. This would further highlight the overwhelming effect of the struggles she has faced from such a young age — Marji is devoid of any identity, and her woes here are a result of that. The scene in question does still find time to conjure up another moment of genuinely funny comedy. Unfortunately, this comical moment would have been better placed in any other part of the film, rather than this heavy one.

Persepolis is co-directed by Vincent Paronnaud, who joins Marjane Satrapi in telling an honest, believable story. Although written and directed by Satrapi, there is no obvious bias towards the central character (Satrapi herself). For example, Marji is portrayed in a number of situations as the wrong-doer and the film does not shy away from this. Instead it takes another character, more often than not the grandmother, to talk some sense into Marji. “IN-TE-GRI-TY, does that word mean anything to you young lady?” the grandmother — with whom many of the best scenes involve — exclaims disapprovingly in one situation. These instances display the film as completely realistic and genuine. The audience forgives Marji for any negativity or flares of anger, because she has suffered amongst these uncompromising traits her entire life.

Events are predominately presented in black-and-white. This is an attempt by Marjane Satrapi to ensure that the characters and places do not come across as foreign — Satrapi has mentioned that her aim was to stress the very real possibility that any country around the world could fall victim to such afflicted circumstances. The black-and-white element works on another, perhaps less obvious level too. It makes the gloom appear gloomier. The woman, dressed entirely in black, appear merely as two eyes, a nose and a mouth, without any real semblance of energy or identity. People and places seem very distant. There is an explicit lack of modernity — something society normally associates with individuality and freedom. In this sense, the cinematography does a solid job in ensuring, at times, that the bleakness is truly bleak.

Although it faces one or two issues in terms of a narrative overload, Persepolis benefits from the unusual comic-book style it bears and triumphs both logistically and thematically. It is not only a penetrating look at the Iranian Revolution and the political instability of late 20th century Iran, but it also intuitively tells a story of struggle and the strength of identity. 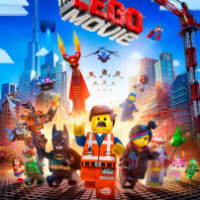 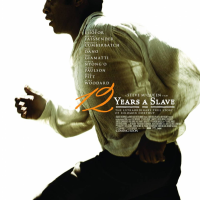