Well that pithy attempt at a punny title went awry.

Hey! It’s award season, and I’ve been nominated for my first blog award… 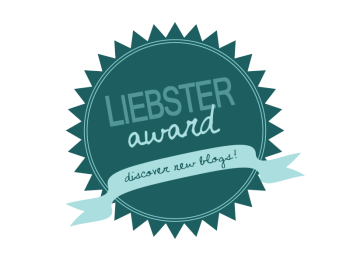 I feel like I’ve just starred in Jerry Maguire and won Best Supporting Actor, only the Blog Gods have given me more than two minutes to exclaim my thank yous. Or perhaps that’s just down to my lack of being constrained by a rapidly flowing, live three hour televised window.

This is all very suave. I don’t really know what I’m doing, a bit like Jacqueline Bisset at this year’s Golden Globes. Okay, maybe not that bad. Or externally influenced. I digress, taking my lead from the business’ best and most bumbling in doing so; this isn’t about me, this is about all of you brilliant people – and occasional spam-bots – who read my film ramblings. Particularly, a huge thanks to the wonderful Cara over at Silver Screen Serenade whose insightful, funny and positively effervescent blog is a must read for film fans, television nuts and life folks in general! Check it out now if you haven’t already done so (though I’m sure you have). I’m also following Cara’s awards blog layout, because it’s far too nifty to ignore.

The Liebster Award rules, then:

Anyone else starting to verbally trip over that nonimate, err, nominate word?

Enough about rules, down with the machine! etc.

Let’s get going with Cara’s questions, all about FAVOURITES:

Being Scottish, I’ve spent many a holiday abroad over in Spain (we’re very particular, apparently). I did go to America a few years back though, when I played football (soccer), and absolutely loved it. The whole team went over; we paired off and lived with American families for most of the trip, and I was based in a wooded, pristine Pennsylvania neighbourhood. After spending a day in New York, I eulogise over returning.

Red, as you can probably tell looking at my blog’s header and logo!

Shockingly, I’m not a big dessert guy (or a big guy in general, so it’s not really that shocking after all) but I do enjoy vanilla ice-cream stacked on top of a warm chocolate fudge cake every now and again.

It’s a Wonderful Life, without question. That film is delightful.

This is a tough one. I watch far too much TV, and often have upwards of ten different series’ recorded and ready to watch. I’m gonna have three, because ‘down with the machine!’ etc., remember? Two that aren’t on anymore but are crazily different and therefore I cannot separate: Friends and LOST. I got into Friends over in the States actually. We watched it almost every night and I became glued, such a smartly humorous, charming show. LOST, I watched from start to finish as it aired on the tele. It gets a bad rap for the finale, but it absolutely had me going. A truly stupendous first season. Of the current shows on air, it’s gonna have to be The Walking Dead. I’m intrigued by the whole zombie/apocalypse (and zombie apocalypse) genre. Having said all of that, True Detective begins over here tomorrow and I’m big on Matt McCon at the moment – we’re on a nickname basis.

I don’t read as much as I should, but off the top of my head I’m going to pick The Hobbit. It’s all very adventurous, and funny, and good-natured.

“Let It Be”. Sorry for being so generic!

Labrador, like the little guy in those Andrex adverts!

I’m a sucker for Citrus Oasis, or any other orangey drink. Alcohol-wise, I’ve only really ever tried Budweiser, and haven’t consumed alcohol since!

Nerdy franchise? Hmm, evidently I’m quite a nerd when it comes to anything in the film (and television) Milky Way, but The Lord of the Rings is my favourite film trilogy/franchise so I’ll go with that!

Now, here are the magnificent 11 I’d like to give a shout-out to!

Since I’m all about the big screen, I’m going to compile a completely random, totally unserious list of film questions. Now then, should you guys choose to accept them (and please don’t feel the need to if it’s not your thing, or you’ve already been nominated!) here are my 11 quick-fire questions:

Oh, and if I’ve utterly messed all of this up and ruined the award-chain, I will repent at the feet of the Blog Gods for the rest of eternity.