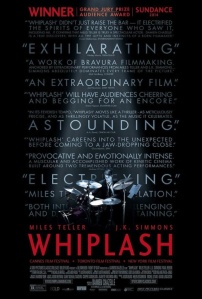 Towards the beginning of Whiplash, Andrew, the film’s central character, chats away to his father as they crunch on popcorn whilst taking in a film at the cinema. Astonishingly, despite this double-misdemeanour Andrew isn’t the worst human being we see throughout the one hundred minutes. He doesn’t even come close, in truth. That honour goes to the talented drummer’s insane music instructor. Terence Fletcher is the teacher whose class we all sat in tight-lipped for fear of scolding. This guy puts Matilda’s Trunchbull to shame. The problem for Andrew is that he wants to become “one of the greats”, and gaining Fletcher’s approval might just send him along that path.

A first year student at one of New York’s most prestigious music academies, it is apt that we first meet Andrew as he’s drumming away. This is also when we encounter Fletcher for the first time, who happens upon Andrew mid-session and then leaves seemingly unimpressed. The same scene more or less plays out with varying intensity across the remainder of Whiplash — a brooding Fletcher brashly critiquing Andrew’s skill — and yet the film never loses steam. This is testament to a fierce screenplay, dazzling editing and slick direction, but most significantly to the performances of both J.K. Simmons and Miles Teller.

Simmons imbues his monstrous autocrat with unflinching poise — Fletcher is like an experienced hunter aware of everything going on around him. The actor’s timing chimes with absolute precision, his sweeping hand signals in rhythm with every “not my tempo” jibe. There is real menace behind Simmons’ eyes as he acts, an authentic rage that places his character beyond the usual eccentric teacher type. Fletcher invites Andrew to join his elite studio band (the student’s previous practice band comes across as a soft, bubbly playground in comparison) and is civil towards him at first. It’s obvious the niceties aren’t going to remain a permanent factor in their relationship, but it’s still a shock when Fletcher hurls a chair at his new recruit before slicing him apart with piercing insults.

Writer-director Damien Chazelle manages all of this fury by including the occasional moment of hilarity, and these often come by way of Fletcher’s razor sharp put-downs. You could play a game of ‘most degrading insult’ bingo and never run out of source material (my favourite is “weepy willow shit sack”). Andrew is usually on the receiving end of the worst of these and Miles Teller reflects the toll the taunts take via scrunched-up facial expressions and reciprocatory anger. As the film progresses he grows paler, his hair more bedraggled and dark bags forming under tired eyes. Fletcher never breaks sweat, of course. It appears to be quite the physically demanding performance too; as Teller relentlessly hammers out sequence after sequence of drum beats, all you can think about is the searing lactic acid building up in his arms.

We are on Andrew’s side from the get-go and remain there even as he develops the dickish attitude that first spawns on screen when he severs romantic ties with directionless student Nicole, played with charm by Melissa Benoist. The abrupt conclusion to their relationship is a shame as, on the off chance we do get a spot between Benoist and Teller, their interaction is a pleasurable change of pace. Tom Cross’ impactful editing comes to the fore during a flurry of super sweet date scenes and super intense practice scenes invariably relayed in juxtaposition.

The nuances fuelling both men’s desires reverberate with uneven success. On the one hand, a surprisingly emotive speech has us questioning whether Fletcher in is it to develop world class musicians or world class music. The moment adds another, more humanistic layer to the otherwise wholly maniacal instructor. Though the matter is eventually resolved, Fletcher’s ferocity flares through and it is right that it does so. Andrew’s back-story is a tad more conventional — he’s the odd family member out — and as such the character is a bit more generic.

No matter, the two actors share an awkward-yet-sizzling chemistry that suits the personas they are playing. Fletcher costs his young counterpart a lot: relationships, family life, a social life, even blood. And still we completely believe the attraction felt by Andrew in regards to impressing his fiendish teacher. A duel between the pair towards the end of the film is utterly mesmerising, exemplifying Whiplash’s technical proficiencies as well as its superb acting in one glorious finale.

At only his second attempt Damien Chazelle has constructed a really exciting film, one that is unsurprisingly propped up by a soundtrack incorporating pulpy beats and bluesy flows. It is engrossing, focused and quite the positive mark on a promising young filmmaker’s portfolio. Hey, Damien and co? Good job. 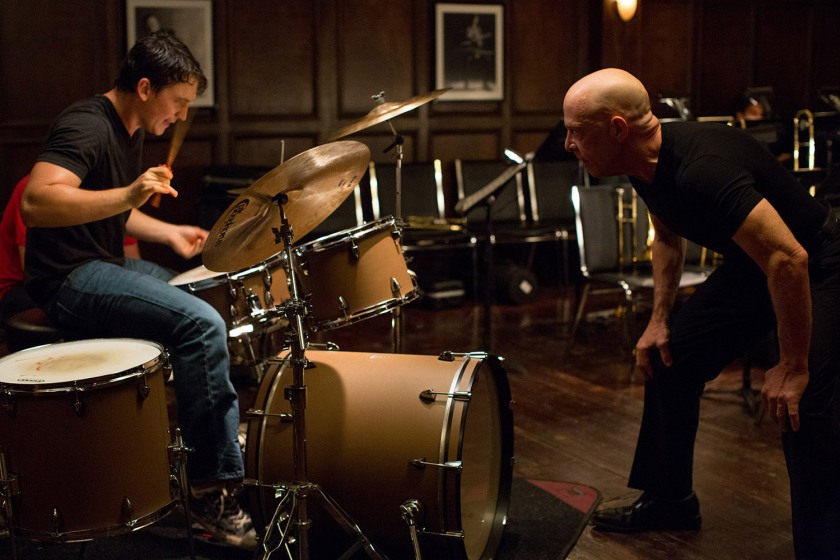 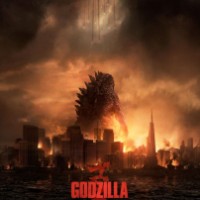 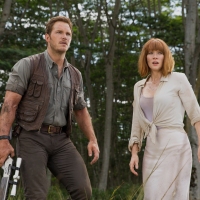