Silence dominates the opening moments of Bridge of Spies. Rudolf Abel (Mark Rylance) is the target, tailed by a swarm of men wearing fedoras. The possible KGB operative remains stony-faced — his dirty nails suggesting foul play — as he retrieves a silver coin which, after much tinkering and magnifying, opens to reveal a tiny folded message. It’s the late-1950s and the Cold War is at its peak. The US is feeling the after-effects of the Rosenbergs. McCarthyism is rife. Trials and conspiracies dominate the landscape. Director Steven Spielberg even insists upon showing us the construction of the Berlin Wall and the ensuing chaos in Germany. It’s that kind of movie.

Back in the US, a country scarred mentally rather than physically by rising tensions, we meet lawyer James Donovan. Donovan is clearly a smart man, and we don’t simply know this because he’s being played by Tom Hanks; we also see him outwit a fellow professional during a metaphor-heavy conversation about bowling pins and tornadoes. He has a way with words, and reverberates a diplomacy that wholly fits his occupation. For this reason Donovan ends up defending Abel in court, a job his superior suggests will be straightforward given guilt is unequivocal. Simply put, “It’s a patriotic duty”. “Everyone will hate me, but at least I’ll lose”, quips Donovan. It’s also that kind of movie.

See, Donovan is a beacon of ethical clarity in a murky world, and that’s why we endorse him with so much fondness. He relentlessly holds injustice to account in the name of his client despite the subsequent threat faced by himself and his family. It is right to defend a potentially wrong man, but is it feasible to do so under such conditions? Perhaps not, yet the upstanding advocate defends anyway. On the topic of family, Spielberg’s admiration and respect for children once again shines through during a talk between Donovan and his son — the latter, though young, hurdles naivety by understanding war is a possibility, and has intelligently worked out the potential radius of an atom bomb in preparation.

Bridge of Spies isn’t a boots-on-the-ground war film though. Rather, it is one that pits apparently important men around tables as they discuss the probability of battle without ever having to actively engage themselves. If anything, events on screen are propelled by a “war of information,” and we get lots of just that via high-stakes-cum-low-key rounds of dialogue. Donovan is at the centre of it all and often finds himself in no man’s land, devoid of support. He faces a grouchy judge in his quest for fairness, and a grouchy US too: locals stare at him with contempt when they realise he is the one defending the Soviet and Donovan unjustly becomes a rash on the domestic landscape.

That’s not how we see it though. Hanks offers more than just A-list reliability; he negotiates political wrinkles and unfair judgement with everyman aplomb. When two Americans face prosecution and trade deals are optioned, Hanks irons out any narrative complications with charm and a coherent tongue. There is nobody better at playing this type of role. On the opposing side, Mark Rylance affords Abel true mystery. The uncouth detachment that the infiltrator purveys could just be an act — he is a foreign agent, after all. But there is a constant kindness to Abel’s words, embodied by his “standing man” speech that reveals itself to be a masterclass in subtlety, beautifully delivered by Rylance.

A rustic production design blankets the movie in a 50s sheen. People use typewriters, wear grey trench coats, and smoke cigars. Yet there is an unavoidable modern truth at the fore too. “This Russian spy came here to threaten our way of life,” barks one particularly cheesed off American lawman, a statement that could easily be reshaped and applied to the climate of cultural blame within which we currently reside. Matt Charman and the Coen brothers’ screenwriting examines what borders mean in conjunction with matters of law (and, by proxy, matters of humanity). This forms another sturdy basis from which we can empathise with the characters on screen (Donovan, for instance, believes Abel has the right to a proper trial even though he isn’t an American citizen).

Spielberg harks back to Road to Perdition with his use of heavy rainfall, dripping umbrellas, and general murkiness. But also, oddly, bouts of light humour and fleeting courtroom trips recall Rob Reiner’s A Few Good Men. The Coen brothers’ screenplay inflections are those moments of dry comedy, generously spread throughout to loosen the dramatic belt while still giving room to the film’s weighty subject matter. Upon arrival in Germany for tetchy negotiations, Donovan takes up residence in a dingy apartment as his partners, conveniently unable to assist on the ground, are cosied up in the local Hilton hotel.

The gags are a treat, but the imminent possibility of peril seldom retreats. In fact, it grows stronger when we reach East Berlin; a shot from inside a train passing over the Berlin Wall highlights the difference between the fairly controlled west and the decimated east, forming a potential ‘before’ and ‘after’ picture for Donovan should he slip up and fuel the war bid. It is not as tense as, say, Sicario, but the threat of war does teeter on a knife edge and you can just about see each sway amongst the chilly mist.

Thomas Newman contributes a beautiful score that inspires and haunts as it reflects the changing landscapes: homely US, arctic Germany. In typical Spielbergian fashion, Newman’s score also tugs at our heartstrings, either through its grandiose scope (Saving Private Ryan occasionally springs to mind) or, as is the case towards the film’s conclusion, a simple piano melody. It almost goes without saying in 2015 but Spielberg himself is on fine form as he juggles a whole host of characters — Amy Ryan, Jesse Plemons, Sebastian Koch, and many more ably support — and a potentially tricky script with sure-fire handiness.

It’s not excessively complex filmmaking, nor is it in any way underfed. There is a clear start point, a clear end point (a lovely one at that), and an admirable confidence in the material. Bridge of Spies is a wonderful, eloquent piece of cinema, delivered by a directorial giant unafraid to promote the practice of principles, and actors who clearly cherish the process. It’s the kind of film that makes going to the pictures worthwhile. It’s that kind of movie. 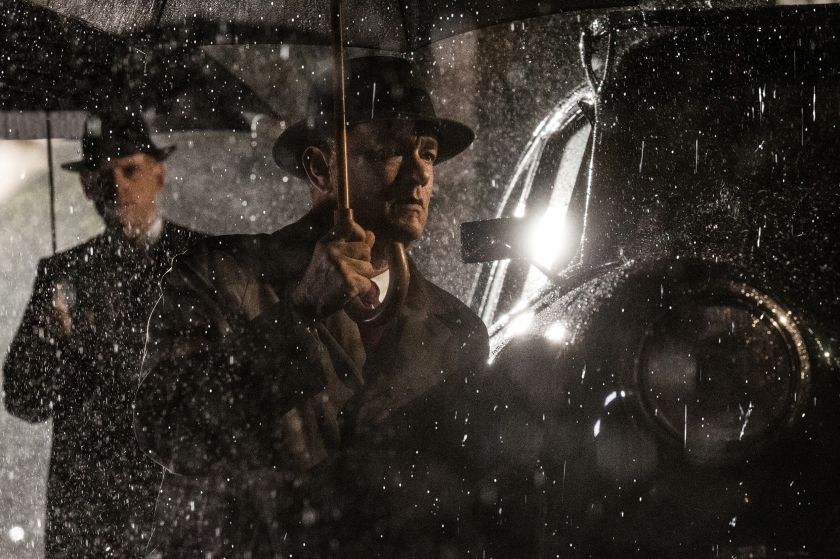