“Life moves pretty fast. If you don’t stop and look around once in a while, you could miss it.”

Well now is your chance to stop and look around my blog… and be Consumed by Film!

My name’s Adam and I love film. I love watching films. I love reading about films. I love discussing films. When I was growing up, I wanted to be a film. The thing about film is – for the most part – people make them to make other people feel happy. With the enjoyment of another person in mind. Movies are more accessible now than they have ever been, and more people than ever before are watching movies. Movies made for them. The world of film is huge, it is all-encompassing (heck, it is a world after all). Yet it can still be so local and personal. Everyone can have an opinion and nobody has the wrong opinion. Cinema is a universal language, yet it means something different to each of us.

I also hope you stick around. Let’s talk about film. 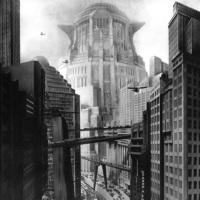