It’s only been a few months since Skyfall hit cinemas around the world and delighted audiences and critics alike. Sam Mendes, boasting the likes of American Beauty, Road to Perdition and Revolutionary Road, took the helm and directed arguably the best Bond film to date — full of intrigue, emotion and good, old fashion Bond-esque action and gadgetry.

But the question now is: who’s next? With Sam Mendes making it clear that he has no intention to return to direct a Skyfall sequel, the door is wide open and names have been thrown about with reason (and without) ever since. Everyone from the enigmatic and charismatic Quentin Tarantino to Zero Dark Thirty’s Katheryn Bigelow to Britain’s new favourite director Danny Boyle has had their name attached to the franchise.

The way I see it, there are three people who I personally would love to see put their spin on Bond. I have not taken into account any possible schedule clashes (Bond 24 is thought to be in line for a 2015 release), this is purely fantasy film booking on my part.

Up first, the most likely candidate for the job — Christopher Nolan.

With reports surfacing this week that Chris Nolan is the producers’ primary target for the hot seat, it would be far from surprising if he did end up taking the reins. Nolan is said to be a big fan of Daniel Craig (who is also in line to reprise his role as James Bond) and has in the past expressed interest in the job, seemingly making this a match made in Bond heaven. Nolan, coming off the hugely successful and critically acclaimed Dark Knight trilogy, would certainly have the name value and clout to obtain as much financial backing as he needed and would also be accustomed to the unrelenting buzz and hype which surrounds the franchise. In terms of his directorial style, I think it is fair to say that Nolan would make an excellent Bond overseer: he often delves into revenge and terrorism with characters who are somewhat flawed and out for vengeance (as with his Dark Knight films), or idealism and deception (the characteristics of his 2006 film, The Prestige). Plus, Nolan has previously stated his belief in shooting using film rather than digital methods, making an alignment with Bond inevitable for nostalgic purposes on its 50th anniversary, right?

Formerly a producer, in 2007 Wyatt turned his head to directing when he spent the year creating his first feature film, The Escapist, which premièred at the Sundance Film Festival in January 2008. Admittedly I have yet to see The Escapist, however based on its reception from critics it was a fine outing for Wyatt in his first directorial role. However, my basis for Wyatt being the right man to steer Bond 24 is in his 2011 Planet of the Apes reboot, Rise of the Planet of the Apes, starring James Franco, Freida Pinto and Andy Serkis. Not only did Wyatt successfully create a fresh, vibrant Apes origin story, he did so with style and elegance. Balancing the action with just enough humour and drama was the key to Wyatt receiving the audiences’ admiration and in my opinion he did this and more. Wyatt, although young and perhaps not experienced enough in the view of some in regards to handling such a massive film phenomenon in Bond, would offer a new take on the franchise in the same vein as he did with Rise of the Planet of the Apes. If he gets the nod count me in.

I do not recall seeing Duncan Jones’ name mentioned anywhere in relation to Bond 24, which is somewhat surprising to me given not only his small-yet-brilliant film portfolio, but also his enthusiasm towards the industry. Much like Wyatt before, Jones has only directed two feature-length films in his short directorial career, but the two he has bestowed us with thus far are exceedingly good. First, Moon in 2009, starring Sam Rockwell, is a science fiction drama film which was nominated for two BAFTA awards, with Jones winning for Best Outstanding Début. It was showered with praise from critics, and for me was a truly astonishing debut which focused more on emotion and drama to grasp the audience, as opposed to thrills. Instead, the thrills came two years later in the form of Source Code, making it the opposite of Moon in that regard — a compelling and heart-thumping science fiction film which again received vast amounts of acclaim. So where do two science fiction films fit into the Bond mould? Well, two simple sci-fi films is not how I see it. I see two completely different films — one based on ideas, materialism and realism, the other fuelled by a clever, pacy and exhilarating script — both carrying emotional weight and a sense of character attachment (a must-have in a successful Bond film). Duncan Jones is the most promising director in Britain in my eyes, and I would love those eyes to see a Bond film made by him.

Empire magazine recently provided their input in the Bond director situation and outlined 14 potential candidates for the job. Two of my preferred choices made it in, what about yours? Check it out! 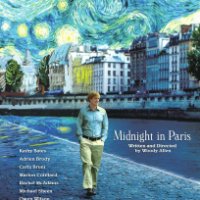 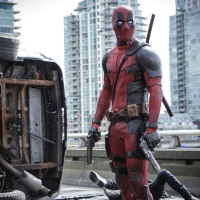