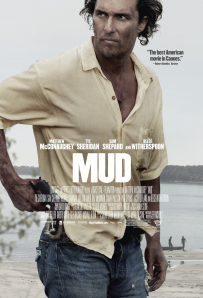 Matthew McConaughey’s would-be convict Mud appreciates the trivial simplicities of life: a boat for crossing water, food to quench hunger and loyalty in a time of need. What else if not the bare minimum, would a man of his troubles seek refuge amongst? His runaway status evokes moral juggling — do you root for the criminal, or sentence the lover? Jeff Nichols’ admirable tale of two boys who tend to see the best in otherwise dour surroundings works well on a number of narratively distinct levels. However it’s only when each aspect blends with the other elements above, below and to either side that Mud emerges from good film status, to really great film status.

And that most definitely is something.

Ellis and Neckbone spend their days stretching their curfews to the maximum in the jungle-like plains of Arkansas. They’re young, ambitious and boast that primitive exuberance driven by the desire to learn and discover, an energy that only fully manifests out on the edge of civilisation, where uninhabited landscapes taunt with hidden secrets. On another planned excavation to an abandoned boat planted high in a tree, the boys encounter the mysterious Mud: grizzled, somewhat wearisome yet poised and alert. From then, perhaps partly captivated by the stranger who appears to be the ultimate wild-man and also drawn upon the notion of trust, optimism and loyalty, Ellis and Neckbone make it their prerogative to assist the moored Mud in his attempts to reconnect with the girlfriend he murdered a perpetrator to protect.

On full throttle through his self-professed McConaissance, Matthew McConaughey delivers another outstanding performance as the titular Mud. The romcom stalwart turned highly-rated ‘serious’ star has an underplayed role, seldom emitting bouts of raw emotion (although when he does, he succeeds). McConaughey is challenged opposite two younger actors; he must act as a buffer for their highly-spirited intuition whilst developing his own character’s persona simultaneously. It’s fitting that he is the centrepiece of the narrative, the proverbial glue holding everything together, however it should be noted that McConaughey is not the centrepiece of the film. That’s the pair of maturing youths, Ellis and Neckbone, both portrayed brilliantly and charmingly by Tye Sheridan and Jacob Lofland.

Ellis and Neckbone are instantly drawn to the rugged fugitive. Although indecisive (particularly Neckbone) the boys see something in Mud that they do not have in their own lives — a father figure. Ellis, parents’ relationship cracking, is often faced with a distant dad who worries more about his own future rather than that of his son. Neckbone lives with his uncle, an outgoing type resembling the cooler big brother as opposed to a caring father. Growing up in a masculine culture, one defined by putting food on the table, working and earning and treating women with utmost respect, Ellis sees hope in Mud’s outright optimism. Optimism for love and a secure relationship in the face of violence and restraint. Optimism for freedom against restriction. Tye Sheridan, who the camera follows more than anyone, holds his own in scenes opposite a multitude of big-name actors: other than McConaughey, the likes of Reese Witherspoon, Sarah Paulson and Michael Shannon make up an efficient, talented supporting cast.

Stand by Me is an obvious comparison but the coming-of-age component is only one of two main plot lines, the other channelling a more commonly depicted fugitive (and subsequent search for) story. Mud, having murdered the man who impregnated the love of his life Juniper (Reese Witherspoon) and later thrown her downstairs, has no allies. Police prompt his image in the faces of residents and passers-by. The father and brother of Mud’s victim spend their relentlessly watching Juniper, ready to pounce and eliminate the outcast on sight. Mud has done wrong, but his eloquent treatment of the two boys demands admiration. He becomes their guru, and a trusted one at that (“It’s a hell of a thing ain’t it?” Hell of a thing”). You want him to succeed, just as much as you root for Ellis and Neckbone in their numerous quests: for maturity, for relationship, for acceptance.

The two primary narratives amalgamate into one, creating a wonderful Winter’s Bone–Moonrise Kingdom hybrid. Our main characters share a familier desire. Others are interested in self-preservation of body, property and history. There are even boats and water, a lot of it. The setting shares connotations with both films too, and is the very first nuance you are aware of as the outing begins. Shot beautifully by Adam Stone, the widespread landscapes juxtapose Mud’s isolation and loneliness, highlighting just how much he is hemmed in by a multitude of threats. His lack of ever-presence reinforces this idea of being trapped, and along with McConaughey’s composed-yet-ready-to-burst demeanour, you are always captivated by Mud and ultimately invested in his fate.

Jeff Nichols writes as eloquently as he directs. Camera enveloping atmosphere, words rhyming off lips propelled by their engrossing southern drawls, Nichols offers up a truly splendid piece of film. Alongside his young co-stars, McConaughey matches the excellence served up by his director and delivers on all fronts.

On present form, is there any stopping him? 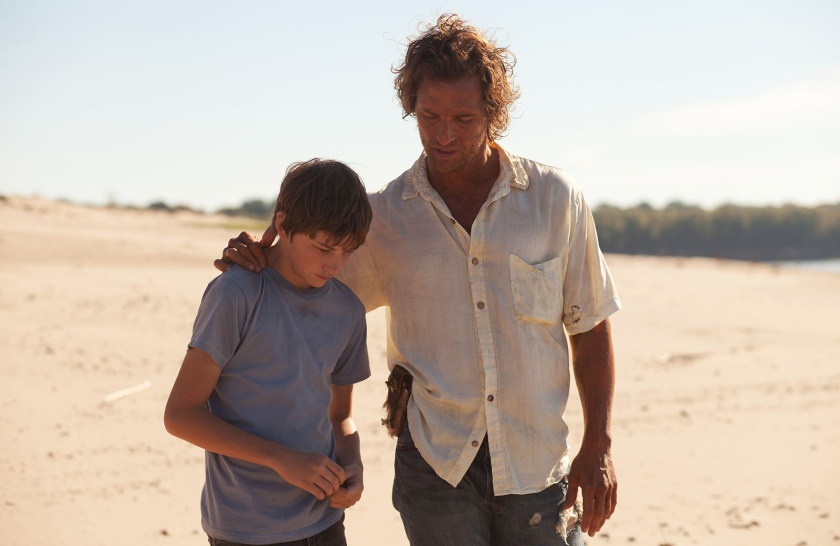 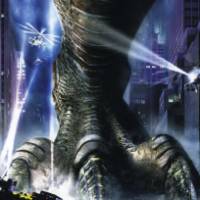