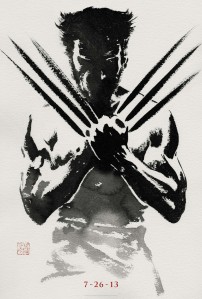 Wolverine is a tough customer, but even he struggled to chop his way through Gavin Hood’s frankly disappointing attempt at a Wolvie origin story (unsurprisingly, the only of its kind). Step forward James Mangold, of Walk the Line fame, a man who seemingly boasts a better grasp of X-Men lore. But the refreshing thing about his film, The Wolverine, isn’t necessarily anything to do with comic-book compatibility — having never read them I wouldn’t know. Rather, this outing flavours the antics of its familiar hero with a style and sleekness. The setting has changed and for the better. In a way, this is the past meeting the future before Days of Future Past and it’s good up until a point. Unfortunately, Mangold’s infusion of difference carries an expiry date and The Wolverine goes bad before the credits roll.

Now ticking by the hours amongst bears and sporting a wild-man look that sees a ragged beard and matching hair, Logan (Hugh Jackman) has more or less shelved the Wolverine persona. That is, until he is approached by the mysterious prophetic mutant Yukio (Rila Fukushima), representative of a dying officer whom Logan saved during the Nagasaki bombings in 1945. Upon reaching Japan, Logan finds himself embroiled in a game of morality in which his powers of eternal being are the highly sought after prize.

Early on a checkout woman asks, “You’re not a hunter are you?” to which Logan replies solemnly, “Not anymore”. With every crack and crevice of the redemption story already explored, particularly when it comes to superhero-esque flicks, The Wolverine opts to go down a slightly different route. The basis is set in stone — Wolverine must reacclimatise to life without his deceased wife Jean Grey as he continues to battle demons of immortality — but the delivery is somewhat altered. What we are watching is a film-noir crime thriller that bubbles with tension and gleams stylishly. Decorative villas host men wearing fashioned suits armed with polished weaponry. Wolverine’s claws appear shinier than ever before. Its efficient visuality won’t come as a surprise to those who know of director James Mangold’s previous work. (Walk the Line and 3:10 to Yuma are wonderfully constructed optical specimens). The film is a moment in time, a spin-off concocted from James Bond DNA. Wolverine: The Japan Years. This glossy air infuses vitality, at least for a while.

Mark Bomback and Scott Frank’s screenplay succeeds in tandem and for just as long as Ross Emery’s cinematography. Surrounded by new characters, Wolverine, previously left beaten and worn-out by his last solo run, just about regains his panache (though there’s still a way to go in this aspect). Modern meets tradition as Jackman’s mutant, juggling recognisable morals, finds himself in a contemporary setting; imbued by technology and the bright lights of Tokyo. Weapons vary from the time-honoured bow and arrow to the upgraded Uzi. The violence-oriented syndicate Yakuza, well-versed in global cinema — they’ve even got their own genre in Japan — are given a current update, forced into rapid pursuits throughout the hyper mobile urban machine that is Japan. Mariko, granddaughter of Logan’s WWII ally Yashida, must contend with a conventional arranged marriage, but even these are given a modern makeover by way of corporate intentions. The film’s mixture of 21st century comic-bookishness and past histories is a compatible one; we feel comfortable and connected to a familiar face in Wolverine, but also rejuvenated by a new climate.

Unfortunately, it’s a climate that eventually succumbs to a torrential downpour of sameness. At around the half-way point a romance blazes, the same one that we’ve spent the past hour begging not to. It’s that usual love story that seems to be written into the contract of every blockbuster, and this time it simply ain’t believable. Nor does it aid the narrative’s progression. Instead, the romantic exploits are blasé and distracting, if nothing else. Not only does the pace simmer to an unsatisfying canter as it supports these non-necessities, the love aspect also dampens Wolverine’s domineering aura. Jackman isn’t to blame, quite the opposite, he’s the one who rekindles a degree or two of verve through his blunt humour and hard-working personality. The Aussie is a very watchable presence — it’s a character issue that arises, as opposed to a performance one.

The piece tonally scampers around too, though this favours rather than hinders goings-on. On one hand, we have a dark underbelly that sees Logan possess a semi-suicidal state of mind. He must endure the mental scars of previous actions, and his inherent prerogative to save lives — such as preventing Mariko from jumping off a cliff — doesn’t exactly rub off on himself. (“You are a soldier… [you seek] an honourable death.”) Yet the seriousness never really wields unfathomable weight. In one sense, this means the film can’t be taken as earnestly in dramatic terms, but it does usher forth a loosening up, combining entertainment with solid if not wholesome sentimental musings. One of the film’s best scenes is also its most bonkers: a brawl atop a moving train severely tows the line of realism, and it’s damn fun to watch.

As previously mentioned, Jackman does his best Wolverine impression, but it is just that. His quick-wittedness and excellent comedic timing coalesce with the film’s at times briskly humorous breeze. (“I feel violated,” states a clean Logan.) Rila Fukushima is energetic as recruiter Yukio and, along with Tao Okamoto, brings a much appreciated newness to the screen. Svetlana Khodchenkova plays Viper, one slice of a villainous pie, exuding intelligence and power in the role. She’s the quintessential Bond character transferred over to Marvel, classically camp and elegantly sexy.

The first half of this is something to admire: formalities are given life through hushed slickness and a collision of tradition versus modernity. It’s a shame that The Wolverine ultimately bears the brunt of genericism, but Mangold’s solid effort shouldn’t be discounted by any means. 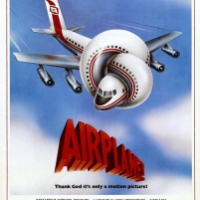 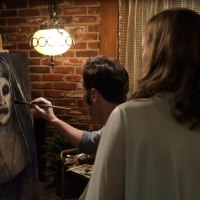 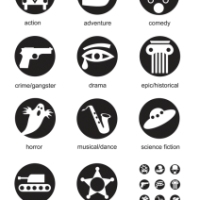