When James Bond saunters into town, his pristine Armani suit hiding any number of high tech weapons, hair nestled to the last strand, there often isn’t an awful lot of room for laughter. To solve: swap Bond for Melissa McCarthy and his Armani suit for her grey cardigan. Paul Feig’s Spy is many things, but first and foremost the writer-director has made a film that ridicules other films through sharp satire and vulgarity. It is ridicule born out of admiration, though mercy is somewhat lacking.

Susan (Melissa McCarthy) works for the CIA as Agent Bradley Fine’s (Jude Law) office-based earpiece. She is self-depreciating and lacking in confidence, which makes it easy for those who she obsequiously admires to take advantage of her skills. When Fine runs into trouble while trying to locate a nuclear device, Susan ditches her hesitant psyche and volunteers to observe potential bomb supervisor Rayna Boyanov (Rose Byrne) in the field.

Feig romanticises the spy genre before sticking a bullet in it. The contractual car chase sequence (there are two actually) matches slick low camera angles with precise steering, but is ultimately a nightmare for Susan who desperately needs a seatbelt. Later on a spot appears to be free at Boyanov’s poker table — of course the baddie plays poker — but Susan’s efforts to join are scuppered when she finds out the spot is reserved. The humour is fairly light-hearted, particularly during the first hour as the underlying stupidity of the genre unravels before our eyes.

Topical jokes about Jurassic Park bats eventually secede from the ongoing shenanigans, ironically at around the same time tough guy Agent Rick Ford starts rearing his hilariously bloated head. The influence of Jason Statham pours into the screenplay and the film thereafter becomes a hotbed of amusing profanity. Statham does a tremendous heightened impersonation of himself and steals the show in the process: eyes constantly bulging, words packed with punch.

He instigates a lot of “fucks” too — an additional thirty minutes and Spy might have given The Wolf of Wall Street a run for its sweary money. Solitary f-bombs increase in quantity as the film progresses, universally well-delivered but not as gratifying as Statham’s completely baseless, hyperbolic remarks (he claims to have survived a car crash on top of a moving train while on fire, or something). Ford is a reflection of the nutty stunts and brash egos prevalent throughout the Bond franchise, but he’s only one branch on the film’s satirical tree.

We travel with Susan to numerous glamorous cities, visiting Paris and Rome and Budapest, Robert Yeoman’s cinematography consistently painting each locale with a prosperous gloss. If this wasn’t so obviously a spy outing you’d be forgiven for confusing the whole thing with a holiday brochure. Early on, some cotton wool-wrapped admin staff marvel at all the incredible gadgets: hoverboards, Aston Martins, palm-sensitive weaponry. None of that for Susan though. She receives some security disabling aerosol disguised as anti-fungal spray.

Spy incorporates a large volume of female characters whose attributes range from quiet, to funny, to powerful, to supremely effective in combat. Rose Byrne hams it up with delectable aplomb as Boyanov. She’s a nefarious villain, indisputably, but she is also smart and sexy. Allison Janney snaps away as Susan’s boss, always ahead of the curve. Even as the goofy best friend, Miranda Hart gets in on the action. Susan is the antithesis of convention personified. She’s all of the above, but also kind and proficient when it comes to terminating bad eggs. McCarthy retains her Bridesmaids crassness and is such an affable screen presence.

The men don’t fair quite so well. They are smutty, degrading, idiotic and full of ridiculous non-truths. Good spies are actually bad spies, they’re apparently just good at being dicks. “I like things that are easy,” says Fine, referring both to the control he has over Susan and her penchant for making his job exceedingly less difficult. Peter Serafinowicz turns up the creep factor as chauffeur Aldo, essentially a reimagining of Bond with his sleaziest characteristics intensified.

At one point Janney’s character tuts, “Women,” and it feels like a nod towards the unfortunate consequences of institutional misogyny found within classically male-dominated workplaces — especially Hollywood, and spy films, where women have often been (and sometimes still are) defined as plot points rather than well-rounded characters. This time some of the men are purposefully shallow. They do have redeeming qualities — Fine isn’t really a rubbish person, he’s simply indicative of a groan-inducing fake macho culture — but here the gender roles are well and truly (and refreshingly) reversed.

The violence is comical, reminiscent of those splattery outbursts in Hot Fuzz. A tremendous kitchen fight scene spiritually resembles the supermarket brawl in Edgar Wright’s movie, with baguettes, lettuce and hand-piercing knives all used in an inventive manner. Not every gag hits the mark, especially ones driven by aimlessness rather than intelligent wit; Susan invades an outdoor techno entertainment event and chases around a slightly chubby Elton John-lookalike, with the whole endeavour feeling a bit lazy. That’s not the norm though. The film has a lot in common with the underrated Johnny English when it comes to silly comedy.

The plot gets increasingly convoluted as more deals are struck and more bosses are revealed, but that is sort of the point. It’s part of the overarching joke. You’ll see Spy for the humour, which is adept and plentiful. But the film also has its finger on the cultural pulse, ready to pull the trigger on irreverent gender roles and uneven social standards via a barrage of well-earned laughs. 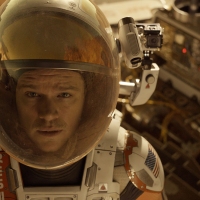