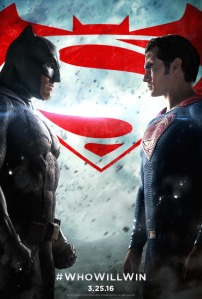 It’s not ideal when Warner Bros’ DC-Extended-Universe-launching Batman v Superman: Dawn of Justice opens with the murder of Bruce Wayne’s parents, something we’ve seen a million times. And when shortly thereafter a bat levitation sequence greets the screen, you start to wonder how much hassle it’d be to squeeze past the people in your row while heading for the exit. Fortunately, it transpires the bat levitation horror is part of a dream sequence and, fortunately, better things start to happen. Wonder Woman shows up, for one. Also known as Diana Prince, she is fuelled by a magnificent grunge-rock theme, her steely identity reinforced by Gal Gadot’s very believable sense of authority.

Conversely, authority is what Lex Luthor lacks, and this quality trade-off sums the movie up — as good as it is bad. In simple terms, the film revolves around Luthor’s war manifesto: he wants Batman and Superman to destroy each other so he can rule the world, or something. Luthor is an oddball played with typical eccentricity by Jesse Eisenberg, a blend of James Franco’s Harry Osborn and a young Steve Jobs, but madder. Violin strings squawk whenever he appears, rambling about this and that, rarely making sense and never really cementing himself in any sort of cohesive way. He fulfils the usual big-corp-honcho-posing-as-a-philanthropist remit, unavoidable given the nature of adapting iconic comic book characters, but nonetheless tired by this point.

Eisenberg does try to mask Luthor’s commonality: there’s hardly a moment when the actor isn’t sparking vocal idiosyncrasies and, if you’ll excuse the faint praise, this at least gives the character a strange watchability. Luthor suffers from a lack of focus because there are so many moving parts, too many for writers Chris Terrio and David S. Goyer to mould legibly. See, character-wise, those present aren’t the only ones afforded set-up time. A Joker reference nods towards the upcoming Suicide Squad film. We see other future players too, though I would be remiss to give away the game in a review. Such a scattergraph approach attests to the film’s overarching problem — unbridled messiness. This is as much a franchise player as any Marvel jaunt, perhaps even more so since Snyder has to colour the narratives of so many bare pawns.

The mess extends beyond personnel; some moments appear hastily written, including an exchange right at the beginning where Wayne orders an employee to evacuate everyone from a building on a collision course with Superman and General Zod (surely everyone would have already scampered). It’s a return to the conclusion of Man of Steel but from Wayne’s ground zero perspective. Sure enough, the building tumbles — a Bruce Wayne building — and we have our central conceit: Wayne blames Superman for the destruction and, like Luthor, wants to end the Kryptonian’s apparent clumsiness. Yet the dust cloud that forms following said collapse ushers in a more interesting discussion than anything levied by the Bat of Gotham versus Son of Krypton action-fest. It’s a physical manifestation of the domestic terror that has threatened urban centres with impetus since 9/11, a theme the film runs with for an hour, swapping 9/11 for Metropolis duel.

There’s anger too, primarily on the Bat front. Christopher Nolan’s Batman had a streak of grounded and gritty reality, whereas this Snyder incarnation abides by something more militant: the steely armour, the bulked up costume, the egregious surveillance, his branding of enemies. And while Nolan’s version felt less ‘idealistic superhero’ and more ‘corruption crusader’, a man truly immersed in his surroundings, the version Affleck portrays here has only a single broad stroke to work with. Affleck hasn’t had the time to embed his version of the character into the prospective DC landscape, therefore it is difficult to understand his psyche and run with his arc. We only really see him for what he is: a vigilante with weapons and a bone to pick.

It is worth noting Batman does carry some allure and Affleck is good in the role. Henry Cavill is too, though his protagonist is significantly less interesting. The key idea surrounding his Superman threatens intrigue — he is the alien, the immigrant, the other targeted by Batman (the homegrown defender, the familiar in an unfamiliar world) because of his undemocratic power. Few comic book characters are more symbolic than Clark Kent’s alter ego, but he exists at a time when people cannot stand for anything because “it’s not 1938”. Moral righteousness has no place in this tainted wasteland and some don’t trust Superman, nor his upstanding mantra, for that reason. Anti-alien rallies cosy up with real life immigration debates, a comparison that gains further traction when we see Mexican Day of the Dead revellers side with their saviour.

But as a standalone character, he isn’t all that compelling. It’s probably a personal thing but I don’t quite see much attraction in an almost indestructible hero. We watch as Superman saves civilians from floods and fires and you wonder why anybody would hold a grudge against the guy — he is almost too good, too successful. And for someone who spends his spare time in a newsroom, it still boggles the mind that none of his colleagues are able to connect the Kent-Super dots. Lois also feels like a bit of a fifth wheel; she gets some reporting gigs and Amy Adams is fine, but there isn’t anything new going on. Her relationship with Kent advances little, for instance — she still believes in him and he still loves her.

Despite a promising first act, Snyder falls foul of his Man of Steel misdemeanours and throws caution to the CG wind via the film’s inevitable big battle (which, by the way, is sold on a falsehood). The physical saga feels bloated and is tough to engage with as you don’t yet believe in those doing the punching. Whereas the opening hour soars visually across scorching desert locales and through symbolic shots of Batman watching over his city, the second half of the movie gorges on disorienting and choppy action, both dimly lit and loudly enacted. It’s probably not as bad as the Man of Steel disaster but only because Wonder Woman is around on this occasion.

“So what does a rock have to do with homeland security?” asks Holly Hunter’s Kentucky Senator June Finch early on. Well, the film does devolve into a clash with a large Golem-like creature, where concrete buildings again suffer and gravelly terrain floods urban zones. And sure, that type of thing regularly happens in Marvel land, but Marvel land is also home to a multitude of richly-imbued characters. There is this idea sewn throughout Batman v Superman that power and goodness cannot coexist. The film has a lot of surface power and it’s no better than quite good, though there are artefacts worth salvaging. 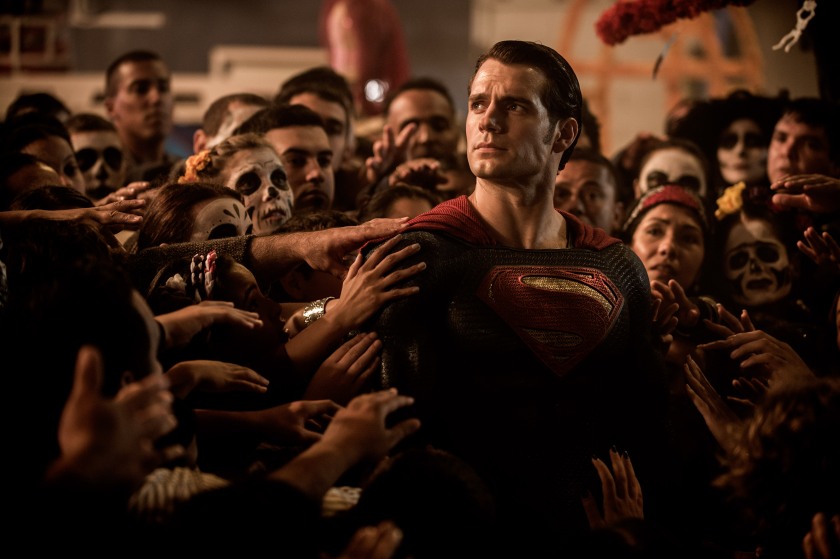