In life it’s always worth taking a moment to stop and think. Before crossing the road, for example. During an exam. Just as you’re about to send out those inflammatory tweets. And especially when the cinematic year reaches its midpoint. At half-time, sports teams indulge in a studious team talk. This is our half-time team talk. A period of transitory reflection. Or, plainly, a great excuse to muster up a celebratory list singling out the best films released between January and June. Besides, if Mark Kermode does it, it’s worth doing.

I’ve decided not to include films released last year in the US. As such, the rankings won’t incorporate any of the 2015 Oscar crop – Birdman and Foxcatcher would definitely have made the cut otherwise. Though released this year in the UK, those are technically 2014 films. And so, from the great to the greater, let’s get going.

It is very likely that your face will resemble Joaquin Phoenix’s poster expression by the end of Inherent Vice, but that’s not necessarily a bad thing. The film has a woozy magnetism that occasionally threatens to blind, but Phoenix’s aloof performance as an oddball 1970s detective keeps us attentive throughout (though probably not wholly aware). Paul Thomas Anderson is a really interesting director and this is another really interesting, if frequently bonkers, journey. Recurrent collaborator Robert Elswit provides hazy mood-setting cinematography. Josh Brolin also shows up bearing the flattest haircut in the history of cinema.

An amalgamation of Kick Ass’ thumping comic violence and Bond’s narrative flow, Kingsman: The Secret Service is an at times dazzling action-comedy. You do occasionally get the sense writer/director Matthew Vaughn’s errant imagination is overruling his common sense, but it is this exuberant mentality that funds the film’s enjoyability. Colin Firth ditches the stuttering king’s speech for something more poised and abrasive, while his fresh on the scene co-star Taron Egerton delivers a breakout performance. Firth also engages in a Quicksilver-esque slow motion church battle that has to be seen to be believed.

As it continues to chomp its way through the global box office, Jurassic World is fast becoming one of the biggest films of all time in economic terms. Colin Trevorrow’s dinosaur delight is also a nostalgic powerhouse, respectful in its acknowledgement of Steven Spielberg’s breathtaking original but also geared towards a new generation of young, expectant cinemagoers. Underfed screenplay and character problems aside (no outright disasters), this is genuinely enjoyable cinema with a few spine-tingling moments to really savour. Listen out for the reverberations of John Williams’ glorious score, and keep an eye on that flare.

David Robert Mitchell’s second feature gained a lot of positive traction through word of mouth and subsequently found its way into cinemas nationwide across the UK and US. It Follows opens atop a barrage of tension, most of which the film never loses. There’s a vintage sheen at the fore, broadcast exquisitely via Mike Gioulakis’ rich cinematography, though we never actually find out when the movie is set (adding to the bizarre and unsettling goings-on). Maika Munroe is brilliant as the anti-scream queen in a patiently eerie horror outing that has more in common with John Hughes than it does Rob Zombie.

Much like Jurassic World the second Avengers get-together suffers in the screenplay department. However, here it’s a case of over-complication as opposed to a lack of perceived originality. Age of Ultron isn’t difficult to follow, there’s simply a bit too much going on. And you can understand why: these characters are tremendous fun to be around, full of inevitable persiflage, and by now the actors have clicked as a collective unit. As Hawkeye, Jeremy Renner finally gets something meaningful to do and he does it with emotional gravitas. Joss Whedon’s final Marvel bow is one of the studios’ best so far.

Girlhood, a French independent drama that hones in on one girl’s social and cultural maturity, is quite the opposite. The film is compelling to no end, aided in abundance by lead actor Karidja Touré’s standoffish performance. The first time performer really is a joy to watch and a miraculous casting find. Crystel Fournier’s stylish cinematography contrasts thematically with an otherwise gritty, urban environment, highlighting the difference between dreams and reality. The film also hosts the year’s best scene so far: a stunningly shot group dance to Rihanna’s “Diamonds” that you’ll watch in a state of emotional fluctuation.

Comparing the merits of a low-key European drama and a barnstorming Aussie dystopian epic is a pretty thankless task, but Mad Max: Fury Road just about edges top spot. After a thirty year break, George Miller delivers his best franchise instalment yet. Charlize Theron and Tom Hardy share the same type of niggling chemistry you’d expect to see in the middle of a high-intensity, life or death vehicular war. As Imperator Furiosa Theron is bullish and powerful, but the fact that she has a heart is why we care so much. Miller’s penchant for practical effects works a treat, helping to signify a seminal moment in action cinema. 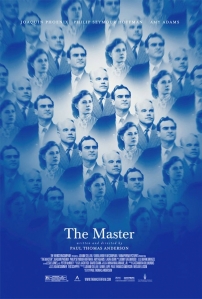 From the inquisitive mind of Paul Thomas Anderson comes The Master, a beautifully shot depiction of the relationship between two external polar opposites — a worn-out, angry war veteran and an intellectual, charismatic cult leader — along with the gradual realisation that both men are internally very similar. Paul Thomas Anderson truly has a gift for filmmaking, for creating worlds that engulf audiences and for establishing characters who seem increasingly real and infuriatingly flawed-yet-admirable — even at the occasional expense of sense and structure. In The Master, Anderson has just that again as, although confused at times, the film is encapsulating and driven by three uniquely masterful performances.

The Master tells the story of Freddie Quell, a former Navy officer and current alcoholic and sex addict, who is unable to find his place in the post-war society. After struggling through a number of jobs, none of which he is able to adjust and settle in to, Quell wakes up one morning on a boat guided by Lancaster Dodd, a charismatic individual who is the leader of a philosophical entity known as “The Cause”. Enticed by the opportunity and awe-struck by Dodd’s uncanny allure and knowledge, Quell embarks on a journey of rediscovery and recovery, all the while Dodd’s beckoning light begins to flicker.

At one point, Philip Seymour Hoffman’s Lancaster Dodd says, “For without [scepticism] we’d be positives and no negatives, therefore zero charge.” Fittingly, this is not only the case for Dodd and his cleansing techniques, but it is also true in terms of The Master as a whole. There are moments of doubt in regard to where Anderson is attempting to direct proceedings and the film does take its time to get itself together, but without these uncertainties the likes of Hoffman, Phoenix and Adams would have a lot less to sink their teeth into. The film is a look into acceptance and readjustment; a commentary on belief and the power of cult-dynamic; a take on the societal and personal issues of consumerism and sex appeal which have existed in different forms for decades. Somehow all of these elements must find a way to jostle into position at the forefront of what is going on, and there are occasions where goings-on become slightly over-run and confused as a result. However, these aforementioned issues are necessary as they each act as a vehicle for the various characters to develop alongside.

The Master kicks-off in a somewhat obscure manner as Freddie Quell, played by Joaquin Phoenix, is in the process of acclimatising to life after the war. The pace of the film is very slow in these opening minutes and it is not until Quell meets Dodd that the film really gets into its stride. The first ‘processing’ scene — where Dodd subjects a restless Quell to uncomfortable and hard-hitting personal questions — is utterly scintillating. The unassuming poise Hoffman portrays against Phoenix’s eagerness is encapsulating and sets the tone for much of what is come between the pair. This scene is just about the first time the two have appeared opposite each other on screen, and it has a hint of a De Niro-Pacino Heat-esque feel to it. As the film progresses, an edgy atmosphere develops and events always seem to be on the cusp: either of violence, or laughter, or anger. This atmosphere is aided by an extrinsic stillness projected from the camera, and lingering shots that, if left a second or two longer, would probably see things kick-off — this is certainly the case on one occasion.

The Master, if nothing else, boasts performances worthy of its title. Paul Thomas Anderson always seems to grind out the absolute best from his actors and this is once again the case here. Joaquin Phoenix is uncomfortable to watch for much of the film, which is exactly how his addiction-fuelled, uncompromising war veteran should be seen. From the outset, almost everything about Freddie Quell is undesirable, such as his excessive consumption of alcohol or his noticeably hunched-back, which is in dire need of straightening (much like his head). The genius in Phoenix’s portrayal is that he deceitfully and gradually positions Quell as man who draws much sympathy from the audience, even whilst retaining these unwanted traits.

Of course, in Philip Seymour Hoffman and Amy Adams, Phoenix has two wonderfully gifted actors to interact with. Hoffman’s Lancaster Dodd seemingly has the answer to all of Quell’s problems and comes across as a hypnotic saviour. The two share a father-son dynamic as Phoenix’s character spends most of his time spellbound by the unmistakable intellect emitted by Hoffman’s Dodd, whose genuineness is always in question. Amy Adams plays Peggy Dodd, and her nonchalant, suppressed attitude is both endearing and eerie — particularly in comparison to her husband’s grandiose demeanour. The supporting cast made up of Ambyr Childers, Rami Malek and Jesse Plemons amongst others are all equally accommodating, but it is the three mentioned in detail who shine. It is no surprise that Phoenix, Hoffman and Adams were each nominated for Academy Awards for their respective roles — the only surprise is The Master left the 2013 ceremony empty handed.

A challenging enactment of a broken man trying to readjust to post-war surroundings, The Master is another Paul Thomas Anderson success story. Nourished by extensively well-written characters performed emphatically and accompanied by mesmerising cinematography, The Master is just one additional degree of clarity away from masterful. 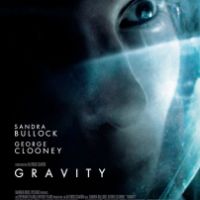 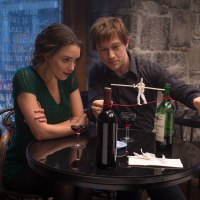 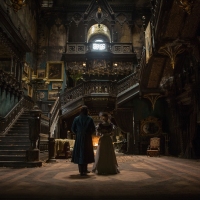