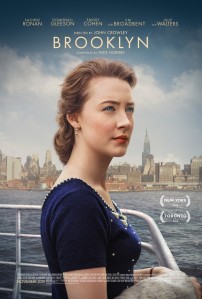 When we first meet Eilis Lacey (Saoirse Ronan) she is about to work a shift for store owner Miss Kelly — aptly nicknamed Nettles Kelly, played with spite by Bríd Brennan — who apparently enjoys making the young Irish lass’ life a misery. So when Eilis’ local priest sets in motion a plan that’ll take her across the pond, you expect to see a burst of excitement, relief even, emanate from our protagonist. Yet the prevailing emotion is guilt, over leaving her mother and older sister, over leaving her home, even over leaving her downbeat customer service job.

And this guilt never truly dissipates at any point during Brooklyn, John Crowley’s richly romantic immigrant drama. A shipmate on the stomach-lurching trip to the US manifests as a friendly face full of relaxing advice: “The mistake was coming home from America in the first place”. Her caring attitude reminds us of Eilis’ older sister Rose, who is movingly played by Fiona Glascott. Glascott, along with Saoirse Ronan and Emory Cohen, should be a main player during the upcoming awards season.

Upon arriving in Brooklyn, Eilis begins work as a seller in an upmarket department store, supervised by Miss Fortini (Jessica Paré) who fits somewhere between Nettles Kelly and The Devil Wears Prada’s Anne Hathaway on the strict spectrum. Eilis quickly realises she is an errant tadpole swimming in a giant urban ocean. She’s just a normal girl after all, someone who yawns at church and rolls her eyes when discussing boys. Yves Bélanger inserts a few mirror shots of Eilis, her reflection lost and alone amongst a rabble of strangers, their faces either hidden from view or burry.

She is scared to commit, perhaps a consequence of her rough separation from Ireland — an emotional packing scene between her and Rose is subtly powerful — or maybe because she is unsure of herself in this grand new world. However everything changes after two key events: the obvious, her meeting Tony Fiorello (Cohen), and the less obvious, a reaffirming experience at a holiday dinner for the homeless (Irish immigrants who built America, who founded opportunity for millions of others though their unselfish hard graft). At times Nick Hornby’s screenplay dabbles in romantic extremes, and when one of the immigrants sings a familiar song that leaves Eilis in tears, your sentimental barometer rages.

Tony doesn’t talk much because he loves listening to Eilis’ voice. He’s like James Dean, only less rebellious, and has the perfectly poised wavy hairdo and charming, cocky grin to match. The chemistry between the two sparks with authenticity, thanks in no small part to both actors. Cohen is readymade for 50s living and the manner in which he carefully interrogates his muse is unflinchingly amiable. Ronan is also excellent, for the most part reigning in her exterior while also managing to evoke an entire range of emotions, from longing to hope, and despair to joy.

We meet Tony’s youngest brother at a Fiorello family dinner, the kid a comedic firecracker with slapstick sensibilities. Laughs arrive on fairly regular basis throughout Brooklyn and the vast majority of them are mined around the dinner table (Crowley and co. could be on to a new subgenre). As head of the boarding where Eilis stays during her time in New York, Julie Walters is frequently the pivot from which laughter swings, often humorously shutting down the film’s very own ugly sisters — they’re actually beautiful, and not related — who constantly spew mischievous mealtime jibes.

Eilis’ commitment issues are especially highlighted in the presence of Tony, though she never looks disconnected, just slightly standoffish. We will her to take the plunge, not through malice, but because the pair are clearly meant to be together. The idealistic core that shapes their relationship reflects Felicity Jones and Eddie Redmayne’s rapport in The Theory of Everything. It’s not physical thing, nor even an emotional one; there is a sensitive pressure surrounding Jones and Redmayne’s companionship that isn’t necessarily prevalent here. Rather, both partnerships evoke a pleasant tenderness and both are as far from saccharine as is possible.

As Eilis’ confidence grows, her happiness shoots up and her outfits become brighter. Just as she is riding the crest of an enormously positive wave, a significant event sends the water crashing. We revisit Ireland and meet another potential love interest in Jim Farrell (Domhnall Gleeson). Those who have seen the trailer will know about Jim’s appearance, though upon spending some time with Tony you begin to wonder exactly how Brooklyn is going to successfully introduce a serviceable competitor for Eilis’ affections. Well it does, and the casting of the intrinsically unlikeable Domhnall Gleeson is why. Gleeson, by the way, seemingly repels poor films.

We revisit the theme of guilt born out of love and loneliness: when Eilis returns to Ireland everyone wants her to stay. To marry. To work. Distance can be both an enemy and a friend. Unfortunately the enemy consistently lingers like a spectre whereas the friend only visits fleetingly. From a tadpole in an ocean, back in Ireland Eilis looks like a misplaced New Yorker. She now has two homes and misses them both.

There is nothing flashy going on in Brooklyn, which is testament to John Crowley’s trust in the material — a solid screenplay, an unobtrusive score, a talented cast. The material, as it transpires, is delightful. 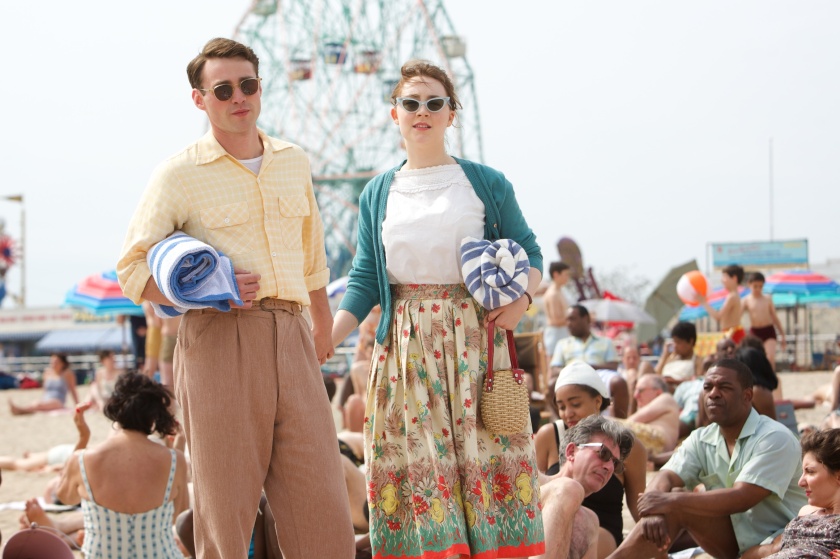 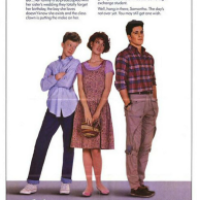 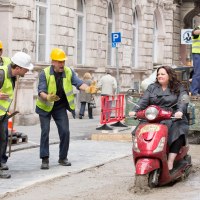 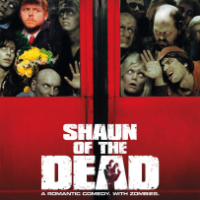 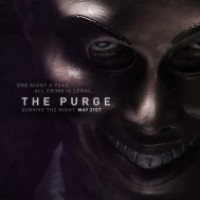