As Spider-Man majestically manoeuvres around an invisible pathway above New York City, camera in tow as if magnetised to his every flip, swing and twirl, we hear him articulate one witty quip after another. An air of intertwined energy and humour instantly sweeps across the screen, exponentially infectious; we are watching a superhero flick after all. Fun is the order of the day, only it arrives at a cost and in 2014 a structured sense of direction can too be quite pricey. It should come as no surprise then that, as Spidey encounters one enemy after another, proceedings take a slightly messy turn. Almost two hours and 30 minutes pass fairly quickly, but as time ticks and Spidey’s checklist grows you get the sense that ongoing events would benefit from separation into two shorter films.

Buoyed by his latest victory over Dr. Connors, Peter Parker (Andrew Garfield) has become an ever-present on the streets of NYC, fighting off crime with aplomb and tactile guile whilst wearing the red of blue of his arachnid alter-ego. Beneath the surface, Parker has an awful lot on his plate: graduation, a relationship, mysterious parentage and an increasingly widening plethora of bad guys to deal with. Haunted by visions of his girlfriend’s dead father, Parker is at a moral crossroads as to whether he should continue dating Gwen (Emma Stone) and there still exists a shroud of uncertainty surrounding the motives of his father and mother. That’s not even to mention the blue-skinned Electro (Jamie Foxx) running rampant around the city, and he’s not the only one. Phew.

It’s almost a given nowadays that the combination of a gargantuan cinema screen and the latest summer blockbuster will yield exhilarating action and visual spectacle. On current evidence said expectation is justified. The Amazing Spider-Man 2 opens vibrantly and brims with commotion thereafter. Bolstered by some impressive digital creation and Daniel Mindel’s cinematography, each lively sequence retains an outstanding quality that keeps us engaged regardless of any plot misgivings. Notably, splurges of slow motion webbing are enticing and a transformation sequence towards the conclusion shepherds connotations of the magnificent scene in An American Werewolf in London.

One of the saga’s best branches stems from a trunk of genuine chemistry shared between its leading duo, Andrew Garfield and Emma Stone. The pair are a couple in that thing we tend to call ‘real life’ every so often and their inherent connection flourishes on screen, even more so than in the first film. Garfield continues to cement himself as a better Spider-Man than Tobey Maguire, who was hardly a damp squib in the role. The Englishman can hardly contain his wit at times, a trait wholly welcome in the superhero genre. Stone’s Gwen Stacy is ushered further into the limelight here and her performance alongside Garfield merits the busier workload. They jointly visit the entire emotional spectrum, a standout stop being an especially dramatic scene towards the end. It’s apparent that director Marc Webb and his cohorts are invested in these two characters and this is a positive sheen that rubs off on us viewers.

Beyond Stone and her beau, performances are generally excellent. Dane DeHaan is particularly impressive as Parker’s best friend and Oscorp inheritor Harry Osborn, his facial expressions often insinuating mischief. He resembles a young Leonardo DiCaprio here more than ever — the voice, the hair, the mannerisms — and certainly has the talent to attain DiCaprio’s enviable portfolio. Jamie Foxx stars as the primary villain Electro, though is unrecognisable post-mutation. The character’s mindset drastically alters from one of blunder to one of forcefulness and Foxx handles the switch solidly despite the villain’s lack of conviction. Another unrecognisable face lost amongst the unnecessarily long list of antagonists is Paul Giamatti, who hams it up to the Nth degree as Aleksei Sytsevich.

Giamatti’s comedic purveyance is hit-and-miss, but by and large splashings of humour strike the correct spots. Comedy has become an essential element in the superhero formula, and getting it right undoubtedly provides a sturdy springboard for any subsequent action. Quality over quantity is key; brisk spells of funny are on the menu here and these bursts resultantly set the desired tone, ensuring wisecracking comedy doesn’t overpower the drama but simultaneously exists as more than simply a relief mechanism. Whether he’s arguing against the “laundry sheriff” or awkwardly atoning for making Gwen late (“I’m sorry to bother you my fair lady”) Andrew Garfield is often the source of amusement. Heck, he even generates a laugh out of the ill Spider-Man gag.

This is a far more entertaining watch than The Amazing Spider-Man, but it does adhere to the modern Marvel formula. The studio has been churning out at least two films annually over the past few years with more projects pencilled in until 2028, perhaps an indication that we are getting too much, too soon, too often. As time develops and these films come and go, it is become increasingly difficult to reinvent the superhero wheel and there are faint smatterings of this problem to be found in The Amazing Spider-Man 2. The film is on a similar level to Thor: The Dark World in terms of pure enjoyment, but unlike the Norse tale (which channels simplicity for the most part) Spidey part two gorges excessively.

This overabundance is a problem. Far too many things are going on. By the end of the film, there are at least five villains (admittedly, of varying importance) and a few characters so far out on the periphery of proceedings that their presence is called into question. Felicity Jones is criminally underused as Harry’s assistant Felicia and one can only hope that she has a greater role in part three. A random doctor plucked straight from 1960s Soviet Russia shows up at one point and his exaggerated demeanour is one step too far. A hefty percentage of the dialogue also gets caught up in discussions over physics. Modern day blockbusters should carry an intelligent weight, absolutely, but that notion doesn’t extend to rehashing school science lessons.

Reciting implausibilities within the context of a superhero film may not be the wisest of moves, but there is a difference between principal abnormality — that is, our main heroes displaying unimaginable powers — and plain absurdity. An early fight scene that takes place on an aircraft embodies preposterousness, as both a human being and his laptop withstand a free-falling, ripped apart plane. How on earth does the device manage to retain an internet connection?

Though The Amazing Spider-Man 2 becomes entangled in a complicated web of narrative strands, a healthy dose of thrilling action and toxic humour funds endless amounts of enjoyment. Andrew Garfield and Emma Stone seal their place among the best couples going in the genre, and as the latter’s Gwen Stacy recites her valedictorian speech (“Make your [life] count for something”) we are appreciatively reminded of those familiar superhero themes: empowerment, belief, and laundry jokes.

After Iron Man 3’s failure to ignite Marvel: Phase Two into top gear, Thor: The Dark World signals a brisk return to form for the franchise king as the film quenches any Mandarin-shaped spectres. Regardless of a few questionable plot elements, the second instalment of Thor brims with fun and is the epitome of rip-roaring cinematic entertainment, perhaps even bettering much of Marvel’s pre-Avengers universe.

With the impending arrival of the evil Alien-inspired Dark Elves — led by an utterly unrecognisable Christopher Eccleston — Chris Hemsworth’s Asgardian hero Thor must put aside much of the loathing he is entrenched in and team with his imprisoned brother Loki in order to save the Nine Realms.

Tom Hiddleston returns as the devious Loki and is a joy to watch when he is present on screen (which is certainly not enough) in another scene-stealing performance. There is a slight shift in the central relationship this time round: from the son of Odin and his mortal love interest Jane Foster (Natalie Portman), to the natural-yet-severed dynamic between the brothers, and this certainly amps up the tension. Portman doesn’t have as much to do this time around and, much like Thor in the previous film, finds herself in unusual surroundings. The novelty of seeing Foster wander around Asgard doesn’t quite reach the same level of playfulness as bearing witness to the God of Thunder eating breakfast in a New Mexico diner.

The film simultaneously manages to be darker, wittier and more enjoyable as it rises above the satisfying level set by that of its predecessor. Director Alan Taylor takes a slightly different approach than Thor’s (2011) Kenneth Branagh, as he powers every nuance of the film with Mjolner and tongs. Taylor, who has recently worked on the hit television series Game of Thrones, delves into the fantasy world even more with encapsulating Lord of the Rings-esque costumes and landscapes aplenty. Stir in Brian Tyler’s grandiose score — which haunts as much as it packs a punch — and you’ve got the perfect concoction of post-Middle Earth entertainment.

Even the very occasional influx of sap quickly evaporates by way of some creepy imagery and a brooding underlying tone which was missing previously. Genuine danger manifests around the Dark Elves spearheaded by Eccleston’s Malekith — the villain’s name boasts a snake-like quality as it slithers off the tongue.

Proceedings threaten to boil over into mind-boggling territory come the final showdown, but a frantic pace and exhilarating action mesh together successfully as a means of retaining the audience’s attention.

The direction of Thor: The Dark World is set early on as action engulfs events (“Is that why everything is on fire?”) and by the time the realm-interchanging plot starts to confuse a little, the aesthetically supreme film has already delivered in pure enjoyment. 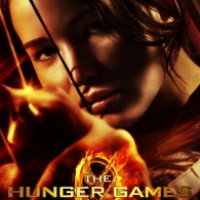