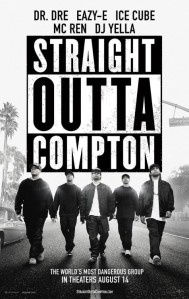 Full disclosure: I’m not a big late-80s/early-90s hip hop fan. Before F. Gary Gray’s Straight Outta Compton, I likely would have associated the letters “N.W.A.” with a professional wrestling promotion as opposed to anything of the rap variety. But cinema is a great enlightenment tool and here I am, enlightened, and all the better for it. The film takes us all the way back to 1986, to Compton, California and to the inception of one of the most influential groups in music history. Not that I know anything, but to me Straight Outta Compton plays like a film worthy of the N.W.A.’s hefty legacy.

It is primarily centred around the three most pivotal members: Eazy-E (Jason Mitchell), Ice Cube (Jackson O’Shea Jr.), and Dr. Dre (Corey Hawkins). We meet the former surrounded by guns and drugs, and the latter hopes and dreams. Despite its obvious pitfalls — impending violence and police sirens — the Compton hip hop culture proudly wears an aspirational quality that bellows from the screen; this is especially true during musical interludes, though these aren’t interludes as much as natural story progressions. And it is this underbelly of aspiration that resonates universally, beyond hip hop. What we have is a piece that serves its real life protagonists honourably by dismissing glorification and highlighting the relatable traits they foster.

This feels like the rise of the N.W.A., not an imitation. Every performance is authentic, from Jackson O’Shea Jr. who is more than just his father’s uncanny lookalike, authoritative and assured, to Jason Mitchell as Eazy-E, the rebel of rebels turned sympathetic figure. Mitchell sieves through the aggravating side of his character in order to trap something really genuine. It helps that the focus is not always on Eazy-E; we spend significant time with Dr. Dre, played with a terrific sense of roundedness by Corey Hawkins, and with Paul Giamatti’s Jerry Heller, a businessman with dollar signs in his eyes. This is a cast rich in talent, both raw and honed, backed up by strong supporting players (R. Marcos Taylor as Suge Knight; Aldis Hodge and Neil Brown Jr. as MC Renn and DJ Yella, respectively).

As is always the case when a biopic hits the stands, much has been said about historical fudgings. Most notably, the non-reference to Dr. Dre’s violent outbursts against women. That’s a fair quarrel, though I can only judge what I see. The guys on-screen are absolutely not angels, nor do they hold themselves to such a moral standard. They partake in overblown confrontations — the camera makes a point to zoom in on a tightly-grasped glass bottle during one conflict. Women are not treated well, often as little more than instruments to use (this does change upon the arrival of maturity). And bouts of in-fighting gain frequency as the group gains success. You believe in the bond between the members, but you also recognise the potential for bloated egos to overrule harmony. So when bloated egos overrule harmony, it’s not a shock.

The most charged relationship Gray’s outing explores, though, is not one between individual artists, but a collective one between all artists and the police. Our real world news media has been awash with the pitiful treatment, and worse, of black men in particular by US police officers, and this exceptionally tense relationship is reflected from the word go. For instance, we see Dr. Dre on the receiving end of a brutish arrest for no apparent reason: “I was literally just standing there… that’s it.” Police brutality is obviously an issue with complex ties to the rise of the N.W.A., therefore the extent to which it is featured here does seem justified and in many ways inevitable, but that inevitability does not diminish its impact at all.

Cop cars stalk the group constantly; they appear from nowhere almost to the point of parody, their lights flashing and alarms blaring. Conversations between officer and victim cement the shoddy use of power structures — one side inflicting orders with no real basis, the other side angrily demanding an explanation. This amounts to a handful of on-the-nose interactions (“You can’t come down here and harass my clients because they’re black”) but then these interactions are probably wrapped up in absolute truth, which makes the whole saga all the more infuriating for us folks on the side of those being unlawfully discriminated against.

On a lighter note, at two and a half hours long the film advances with unrivalled exuberance. This is all Gray’s direction; you can feel it. Be it in establishing compelling dialogues or encouraging us to head-bop along, the director never lets up: we zip through recording sessions and into electric live performances, and the spotlight evolves from a lone studio glow into an array of kinetic beams. The best example of this vitality is in an unrelenting diss sequence during which the picture cuts between the disser dissing and the dissees listening. It is a track that stems from a dispute based on artistic and financial integrity, another industry strand the piece explores in some detail.

It’s not as earnest as something like Crazy Heart or as indebted to soul-searching as a Walk the Line, but Straight Outta Compton thrives on the strength of its key figures and the scintillating, abrasive music they make. For someone like me, a representative of those uninitiated in the musical culture on display, this character-centric approach affords the film a grounding from which to flourish. Good characterisation, good storytelling — these are two of the tenets of good cinema, and Straight Outta Compton revels in both. That makes it good cinema. 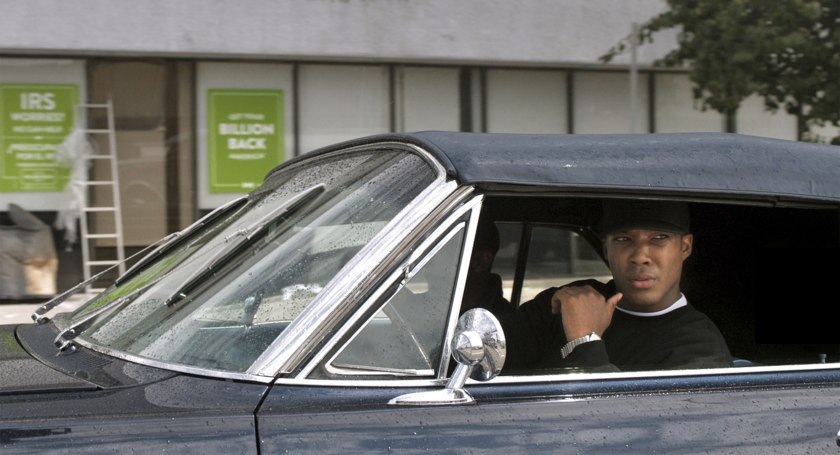 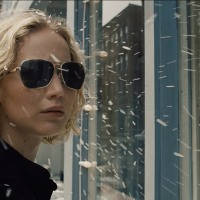