I have no idea how I managed to miss this one when it was announced. The Counsellor is an upcoming thriller film about a lawyer who gets embroiled in the world of drug trafficking, perhaps a little further than he had hoped, and is set to be released on October 25th in the United States and on November 15th here in the United Kingdom. It sounds like your average crime drama, right? Well, check this out.

The film will be directed by none other than Ridley Scott (who recently enlightened our minds with Prometheus), a man who consistently blends out good to exceptional films and whose dedication to perfecting the visual element of his work is second-to-none. Spanning five decades, his directorial career has cultivated films such as Alien (1970s), Blade Runner (1980s), Thelma & Louise (1990s), Gladiator (2000s) and Prometheus (2010s), as mentioned beforehand, and it does not seem to be slowing down at any rate, with Scott having released almost one film per year since 2000. In my eyes, Scott is one of a handful of directors who the audience can put their wholehearted faith in to create a hugely enjoyable and commercially successful film, in any situation.

The cast of The Counsellor is composed of Michael Fassbender, Brad Pitt, Cameron Diaz, Penelope Cruz, Javier Bardem (need I go on?). Fassbender, who will play the lead character, has been on career ascension like no other since appearing in Hunger in 2008 and then Quentin Tarantino’s Inglorious Basterds a year later, both of which he received mass amounts of praise for his performances in. It does not get much bigger than Brad Pitt when it comes to names in the film industry (or any industry, for that matter), and Cameron Diaz and Penelope Cruz are two very accomplished actors (or actresses, whichever you prefer) who can more than hold their own in just about any film. Javier Bardem has just come off a BAFTA nominated performance for his portrayal of Bond villain Raoul Silva in Skyfall, and it is apparent that has been churning out excellent performance after excellent performance in recent years.

The screenplay of The Counsellor has been written by none other than Cormac McCarthy, the author of novels such as the brooding No Country for Old Men and the heart-wrenching The Road (which have been adapted into Academy Award winning and critically successful films, respectively). Even though this will be McCarthy’s first feature-length screenplay, it is obvious that he has a knack for penning exceptionally good literature and it will be intriguing to see how his screenplay comes across directly on film.

The first trailer for The Counsellor has just been released and, although 44 seconds is a hardly a significant amount of time to be making too many judgements on, the film comes across as everything from gritty to slick to atmospheric to precise. It also sounds majestic. Of course, visually it appears a Ridley Scott film as the visuals are, for lack of a better description, ‘top notch’, and we get a brief glimpse of some of the characters involved — Bardem looks like he could be a show stealer in this department. As I just mentioned, this is only a short trailer and therefore it is likely that the full-length one will be made available in the coming months, by which time we will hopefully know a little more about Scott’s next cinematic outing. But for now, check out the short trailer below. And in answer to my somewhat rhetorical question at the beginning: No, not really — in fact, not at all. 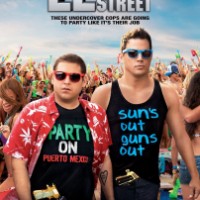 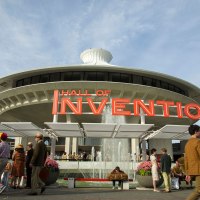 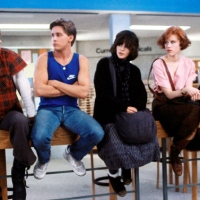